When the Stars Align

Method: Clipped down up and over rig at longer range, two hook paternoster fished at 20-60 yards.

It’s been bloody hard going recently. I’ve really been under the cosh with work and don’t seem to have even a second to breathe at the moment. Rarely gave I needed a fishing session so much.

To be fair, I usually love my job, but recently I’ve had the words of the great American essayist Edward Abbey firmly entrenched I’m my thoughts:

“One final paragraph of advice: do not burn yourselves out…get out there and hunt and fish and mess around with your friends, ramble out yonder and explore the forests, climb the mountains, bag the peaks, run the rivers, breathe deep of that yet sweet and lucid air, sit quietly for a while and contemplate the precious stillness, the lovely, mysterious, and awesome space. Enjoy yourselves, keep your brain in your head and your head firmly attached to the body, the body active and alive, and I promise you this much; I promise you this one sweet victory over our enemies, over those desk-bound men and women with their hearts in a safe deposit box, and their eyes hypnotized by desk calculators. I promise you this; You will outlive the bastards.“

Wise words indeed. And so I knocked off at 3.30 on Friday afternoon, leaving the desk behind and heading for my tackle shed with my head full of Abbey’s words and fishy thoughts.

Great stuff, except that those “desk-bound” hours had left me in a pickle, and the stars were aligning…against me, or so it seemed.

To begin with, one of our cats had gone AWOL for a few days, missed her monthly flea treatment then come hone with a dermatological reaction to a flea bite. Splendid. Of course, the only appointment was at 4.30 on the afternoon I’d earmarked for fishing. Joking aside though, I am an animal lover and really didn’t begrudge our Orinny hervtime withn the vet…much. Half an hour and 50 quid later, I was skipping out into the evening ready to crack on.

Right, worms. My good lady and I jumped in the car and headed for Dragon Baits worm farm (via Morrisons for a few bits and pieces for tea) only to find it shut. Nightmare! Frozen baits it was, then. Thus was compounded bybthecfactvtgat, by the time we got back home, there wasnt time for me to cook tea anyway, so I had to settle for a ham sandwich while putting new shockleaders on thd reels and packing the car in a rush. I thought thus fishing kark was supposed to be relaxing!

Finally, I was off. Dai was running a bit katerdue to not finishing work until 6, but as he was only bringing the lure gear, things would be a bit more straightforward for him.

As I was setting up, I realised that I must have list a plastic screw from the bracing arm on my tripod. Oh joy of feckin’ joys. Nit a disaster, but another thing that would need sorting.

Twenty minutes later it was a caed if tackle finally sorted, baits in the water and I was finally fishing. Allelujia!

Dai arrived shortly after, and it seems that my affliction was catching as Dai cracked off on his first cast, losing his soft plastic (oo er Matron) straight away. He soon rectified the problem though, and was away, tramping up and down the beach, flicking a lurd into the surf while I waited it out for a response to the baits. 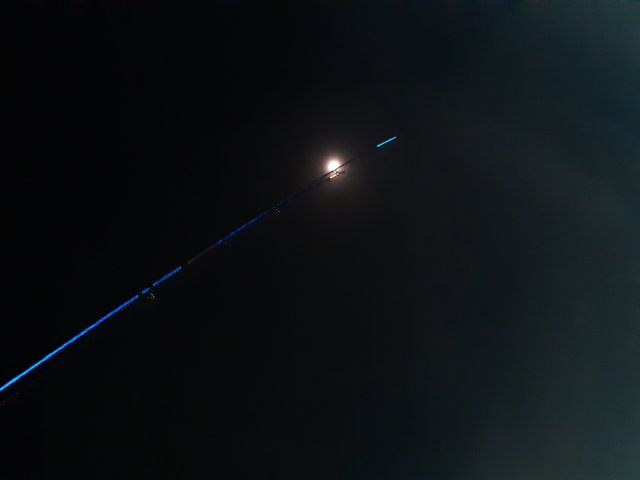 The session was surprisingly slow, but I was merely enjoying being out and getting some fresh air a la Abbey, and talking sport with Dai when he passed by on his ranging.

Finally, after what seemed like an eternity, I had a response to the big triple sandeel bait I’d whacked out on the range rod, resulting in the first fish of the night, a very small, but very welcome, small-eyed ray.

The silence descended again, almost as quickly as the air temperature, and I settled back into the peace of the night, enjoying the session.

Dai had all but given up on the lures at this point, and came to chat with me. Shortly after, thecrange rod clonked over again to the tune if a bigger fish. At first I thought it might have been a bass as it really had a gi, butitvturned out to be another small-eyed, a nice chunky little 3lber. 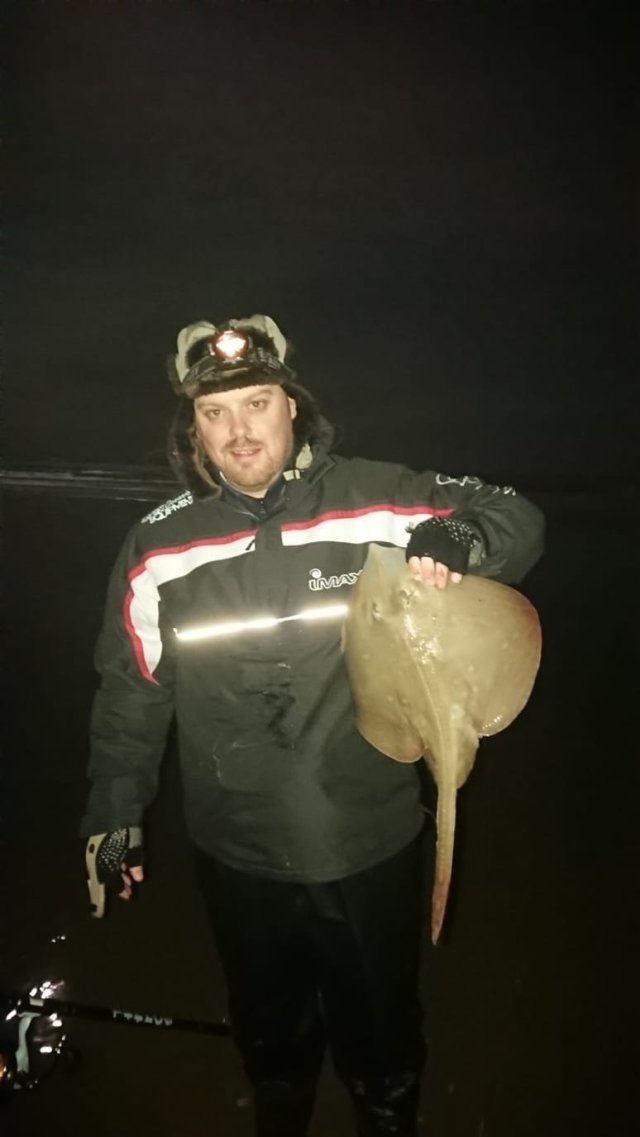 Again, the silence returned, broken only by the sound of the surf, and again it was a ray that put in an appearance, thus one slightly smaller at 2lb. 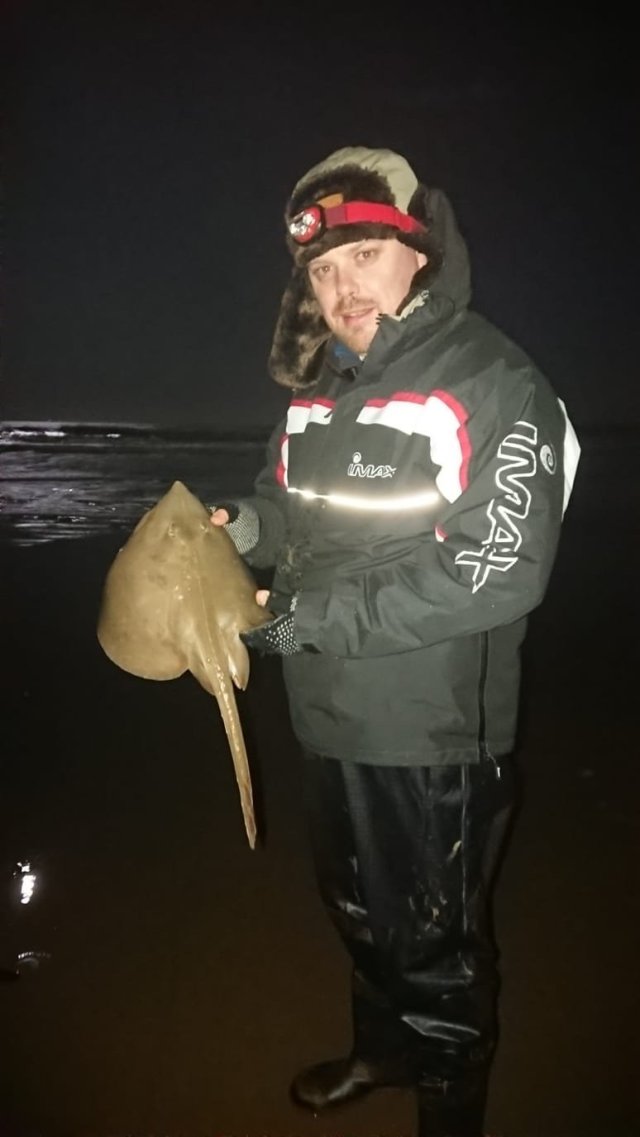 Dai and I struggled to get the hook out, resulting in a snapped hook but a safely-returned ray. They seemed to be coming in the feed, but as Dai was by now merely spectating and our feet despite numerous pairs of socks, had turned to blocks of ice in the northerly winds, it was time to call it a night.

With the heating n the car blowing full blast, it only took me half the journey home to finally defrost, just in time to sneak in a cheeky beer before a bath and bedtime.

It appears that the stars did align in my favour after all. Well, enough, at least, to leave me feeling human again before Monday morning comes and it’s time to get back to the desk once more.

Teacher, husband, father, angler and author based in South Wales.
View all posts by simon smith →
This entry was posted in Uncategorized. Bookmark the permalink.
%d bloggers like this: